About War and Tyranny

As you perhaps saw from the pictures, the Adegem Canadian War Cemetery is very well maintained.  So are all the other Commonwealth war cemeteries we have seen.  But is that enough in order to really honour the sacrifice of these men ?

And, while you're asking, is it really possible to hand someone peace and democracy on a gold platter ? 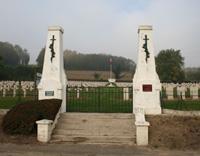 German soldiers came here to destroy life, liberty and property.  All because not enough good people in Germany and Austria did what it took to stop this one fanatic who would be Fuhrer.

And because the politicians in France and the UK had turned too many swords into plowshares.  They might claim they were taking care of social issues.  Sure.  But if their armies had been formidable enough that might have had just enough of a dissuasive effect on what remained of German common sense.  As it was, it cannot now be denied that giving priority to those social issues at the expense of national defense has had a steep price tag.

Next thing we know Canadians thousands of miles away and not at all implicated in this conflict between Belgium and Germany, joined their armed forces to come here and chase the Germans away at ginormous cost in human lives and property.  They suffered and so many of them died to give us back our freedom... or so they thought.  So teach all Belgian and Canadian history books.

The Fuhrer's armies were routed.  That the history books also teach us.  Some of those books claim it was the armies of the United Nations that won WW II.  The UN was created in 1945, far too late to do anything at all about Hitler & Co. 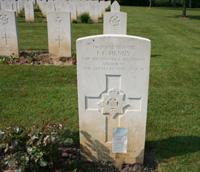 Did so much sacrifice and destruction teach us a lesson ?

Perhaps here is one lesson we should have learned: if you allow your government to take unlimited power it can do literally anything it wants.  Exactly like Napoleon and Hitler did.  And Stalin, Mao, Pol Pot and tutti quanti.

So a better question might now be: are we doing all we can to keep our government honest and in check ?

Are our governments out of control ?  If you want an honest answer don't look for it in our Belgian schools and universities.  They are subsidized—and of course supervised—to such an extent by our government that they spout the government propaganda.

And that means what ?  Reply our governments' spokesmen: "We are all for peace and prosperity."

And all the while those same governments are adding ever more laws, rules,executive directives and regulations to curb our freedom and to take more power for themselves.  The power to do whatever they want.  For a very noble purpose of course.

Want an example ?  Our environment !  Who is going to deny that as a good cause ?  After all where would we be without it ?

Please call a Health Department official of your government, ask him/her about DDT and compare those statements with what you can find elsewhere such as this article on Mosquitoes, DDT, and Human Health or this article DDT Ban - For the Birds.

I concluded that the American Federal Food and Drug Agency, against the advice of its own scientific team, declared DDT bad for our environment and banned it.  Governments who allow the use of DDT in the fight against malaria are denied huge subsidies.  The 1971 DDT ban condemned more than 50 million children, mostly in Africa, to a horrible death.  Please don't take any of this for granted.  Find out more about it but make up your own mind instead of allowing someone else to do that for you. (*)

What was the point of this DDT example then ?  DDT like everything else in the physical universe has advantages and disadvantages.  But politicians jump on the band wagon of noble causes to further their own ends.  And all too often to grab more power until democracy no longer has a leg to stand on.

The only thing necessary for the triumph of evil is for good men to do nothing.

Now here is a question for you: have you come to believe the comic books you read when you were a kid ?  Are you hoping your President or Prime Minister like Superman or Spiderman, will single-handedly solve all your country's problems ?

Wake up !  It's not going to be that easy and it's going to take a lot of effort from a lot of people.  And perhaps it can't be done by sending in an army from overseas even if the soldiers who suffer and die succeed in doing what soldiers must do, with the best of intentions (and perhaps while being shot at from behind by politicians).

So I ask you once again: all those young lives mowed down.  What for ?

If a mugger asks for your wallet, give it to him.  Don't look him in the eyes, he might fear you will recognize him.  That's what so many suggest you do when it comes to that.  But if so many of us are cowards isn't that in itself encouraging criminality and why should someone else, a policeman or a soldier, risk his life and courageously stand up for such cowards ?  Where does he find the motivation ?  Where do such courageous people come from anyway ?  From a people of cowards ?  If we are not willing to resist criminals—and politicians who take our property and/or rights from us—aren't we encouraging them to go further and further ?  Won't there be more attempts to collect ransom when it's easy to get away with it ?

On the one hand there are laws and court decisions condemning the failure to help another citizen in danger and on the other hand there are laws to disarm the law abiding citizens.  So many of you have come to believe very firmly that law abiding citizens shouldn't carry arms under any circumstances.  That's the job of policemen and soldiers.  As if criminals will wait to strike until they see enough policemen ready to arrest them.

Violent crime is feasible only if its victims are cowards.  A victim who fights back makes the whole busines impractical.  It is true that a victim who fights back may suffer for it, but one who does not almost certainly will suffer for it.  And, suffer or not, the one who fights back retains his dignity and his self-respect.  Any study of the atrocity list of recent years [...] shows immediately that the victims, by their appalling ineptitude and timidity, virtually assisted in their own murders.  ("Don't make them mad, Martha, so they won't hurt us.")
Any man who is a man may not, in honor, submit to threats or violence.  But many men who are not cowards are simply unprepared for the fact of human savagery.  They have not thought about it (incredible as this may appear to anyone who reads the paper or listens to the news) and they just don't know what to do.  When they look right into the face of depravity or violence, they are astonished and confounded.  This can be corrected.
Jeff Cooper, Principles of Personal Defense, Paladin Press, 1989

And, of course, every dictatorship has disarmed its subjects.  That's part of the enslavement process.  The dictator wants his slaves to believe that every good thing they have comes from him and the bad and the ugly come from his enemies.

And what's so honorable about cowardly giving in to criminals ?  As Aleksandr Solzhenitsyn wisely pointed out: "the cost of cowardice is always evil."  And honour ?  Is that a thing for none other than fallen soldiers ?

__________________
* There is more to this DDT story: in 2006 the World Health Organisation reversed its decision and recommended DDT as the best means to combat malaria.  And then in 2009 it bowed again to the anti-insecticide lobby and decided to phase out DDT.  See here for a courageous article in the Wall Street Journal of 26 May 2009.
On the internet you can also find "WHEN POLITICS KILLS, Malaria and the DDT Story" by Richard Tren and Roger Bate. [Return]